A Hymn to God the Father 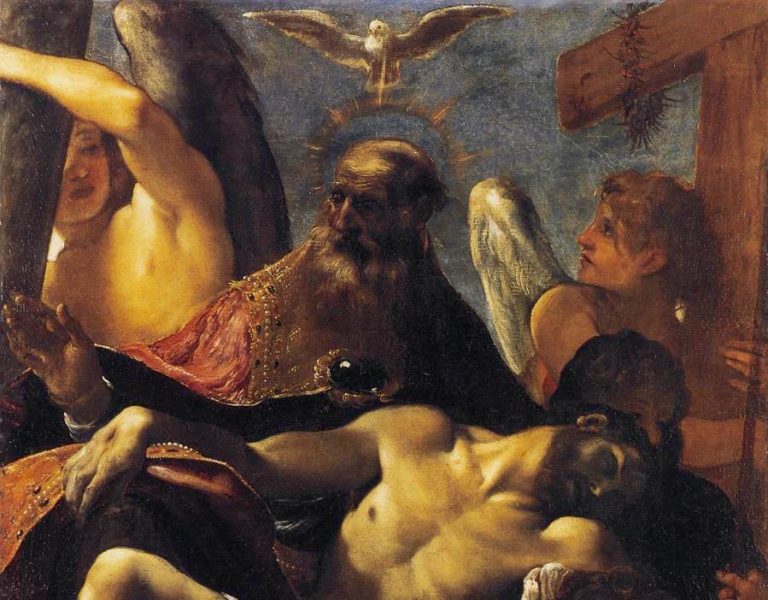 Who more can crave than thou hast done? That gav’st a Son, to free a slave, first made of nought; with all since bought.

Hear me, O God!
A broken heart
Is my best part.
Use still thy rod,
That I may prove
Therein thy Love.

If thou hadst not
Been stern to me,
But left me free,
I had forgot
Myself and thee.

For sin’s so sweet,
As minds ill-bent
Rarely repent,
Until they meet
Their punishment.

Who more can crave
Than thou hast done?
That gav’st a Son,
To free a slave,
First made of nought;
With all since bought.

Sin, Death, and Hell
His glorious name
Quite overcame,
Yet I rebel
And slight the same.

But I’ll come in
Before my loss
Me farther toss,
As sure to win
Under His cross.

In this poem Jonson reflects on the love of God as seen first in the discipline that our Father in heaven lays upon us, and second in the gift of the Father’s only Son.

In the first stanza, Jonson refers to Psalm 51:16-17, “For you will not delight in sacrifice, or I would give it; you will not be pleased with a burnt offering. The sacrifices of God are a broken spirit; a broken and contrite heart, O God, you will not despise.” He actually asks God to discipline him because he knows God’s love in his discipline, as it says in Hebrews 12:5-6, “My son, do not regard lightly the discipline of the Lord, nor be weary when reproved by him. For the Lord disciplines the one he loves, and chastises every son whom he receives” (quoting Proverbs 3:11-12).

In the second stanza Jonson notes that if the Father had not been stern, but left us to our own desires and devices, we would have long since rejected not only him, but even our own humanity.

The third stanza admits that sin is sweet, at least to our sinful nature. Since the flesh enjoys sin, sin itself would never dissuade us from sinning. It’s partly because God gives consequences to sin that we learn to lament our sins (the other part, and the main part, is that the Holy Spirit convicts us of our sins through the Law of God). Consider the prodigal son in Luke 15 who decides to return to his father because he sees where his sin has led him.

In the fourth stanza we see what we find when we turn toward the God who disciplines us: we find Jesus sacrificed for our sins. We are nothing, made from the dust of the earth. And yet, by giving his Son for us, the Father shows that we are everything to him.

The fifth stanza laments that we still sin even though we know Christ. It makes no sense, and it is like Paul writes in Romans 7:18-19, “For I know that nothing good dwells in me, that is, in my flesh. For I have the desire to do what is right, but not the ability to carry it out. For I do not do the good I want, but the evil I do not want is what I keep on doing.”

In the sixth stanza we see our anchor and refuge. “I’ll come in” means that we approach God rather than turn away from him. Before him we confess that we are poor, miserable sinners. But we do not come in as those who have lost to sin. We come in as those who are sure to win forgiveness under the cross of Christ.