O Christ, Our True and Only Light

O Lord, show forth all Your grace, search for the lost, bring back the one who has gone astray, assemble the scattered, restore those who have erred and been tempted, so that they, together with us, might praise You in the Christian Church and receive the common salvation.

Recently, students at Mount Hope memorized “O Christ, Our True and Only Light.” The hymn’s author, Johann Heermann, was a German pastor, poet, and hymn-writer who lived through tremendous hardship, including the devastation of the Thirty Years’ War. He was born in poverty to Johannes and Anna in 1585 in Raudten, Silesia, the fifth of his parents’ five children. His four older siblings died young, and Heermann himself became dangerously ill. His mother vowed that if God would let little Johann live, she would see that he became a pastor, even if she had to beg the money to send him to school. Heermann did indeed become a pastor, serving the Lutheran congregation of Köben in Silesia from the age of twenty-six. He married his first wife Dorothea soon after.

Tragedy stuck in 1616 when Heermann’s town was almost entirely consumed by a fire and when Dorothea died a year later. He remarried in 1618, the same year the Thirty Years’ War began. The war was close to home for Heermann; his town was under the control of Roman Catholic authorities who were determined to quash Lutheranism, and Köben was plundered four times by invading soldiers. Heermann had to run for his life on these occasions—he sometimes lost everything he had left behind, and in one case he had to hide for four months. Heermann barely escaped being sabered twice, and once bullets whizzed around him as he fled across the river which bordered the town. In addition to the danger from enemy forces, Heermann faced a plague in 1631 that wiped out about 550 people of the town. He himself contracted a throat infection that made it difficult for him to speak; for the last four years of his service at Köben, an assistant had to read the sermons that Heermann wrote. Heermann died in 1647, honored by a friend as “The Silesian Job” for all the suffering he faced.

Despite having a life surrounded by death, or perhaps because of it, Heermann produced some of the most beautiful poetry of his time. He was a talented writer of Latin poetry from a young age and was crowned Poet Laureate by Emperor Rudolph II at age twenty-two. He would later write over 400 German hymns, including “Feed Thy Children, God Most Holy,” “O Dearest Jesus, What Law Hast Thou Broken,” and “O God, My Faithful God.” He also wrote “O Christ, Our True and Only Light,” a hymn published in 1630 and placed in what could be called the “persecution” section of the hymnal. His basis for the hymn was found in a prayer:

O Lord Jesus Christ, true light of this world, enlighten the darkness of all people, all Jews and heathens, who do not know You; and also of Christians who go from Your Church into all kind of sects and errors as erring sheep scatter and are given to ravenous wolves, or who otherwise secretly err in one or more articles of our Christian faith and have not realized it. O Lord, show forth all Your grace, search for the lost, bring back the one who has gone astray, assemble the scattered, restore those who have erred and been tempted, so that they, together with us, might praise You in the Christian Church and receive the common salvation. Amen.

Though Heermann found this prayer in a Lutheran prayer book, the prayer was actually written by a Jesuit some years earlier who viewed those “gone astray” as none other than the Lutherans. In an ironic twist, Heermann reappropriated the original message of the prayer for the cause of the Lutherans, creating a hymn that gave comfort to those facing warfare and persecution by pointing to Christ as the only truth. Though Heermann almost died several times at the hands of the Roman Catholic forces, he still expressed in his hymn a desire for those “lost in error’s maze” to “find the saving way” and join in the endless praise of Christ in heaven.

O Christ, our true and only light,
Enlighten those who sit in night;
Let those afar now hear Your voice
And in Your fold with us rejoice.

Fill with the radiance of Your grace
The souls now lost in error’s maze;
Enlighten those whose inmost minds
Some dark delusion haunts and blinds.

O gently call those gone astray
That they may find the saving way!
Let ev’ry conscience sore oppressed
In you find peace and heav’nly rest.

Shine on the darkened and the cold;
Recall the wand’rers to Your fold.
Unite all those who walk apart;
Confirm the weak and doubting heart,

That they with us may evermore
Such grace with wond’ring thanks adore
And endless praise to You be giv’n
By all Your Church in earth and heav’n. 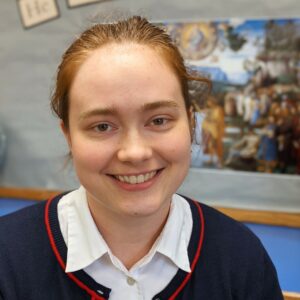