The Nature of the Student, Part II 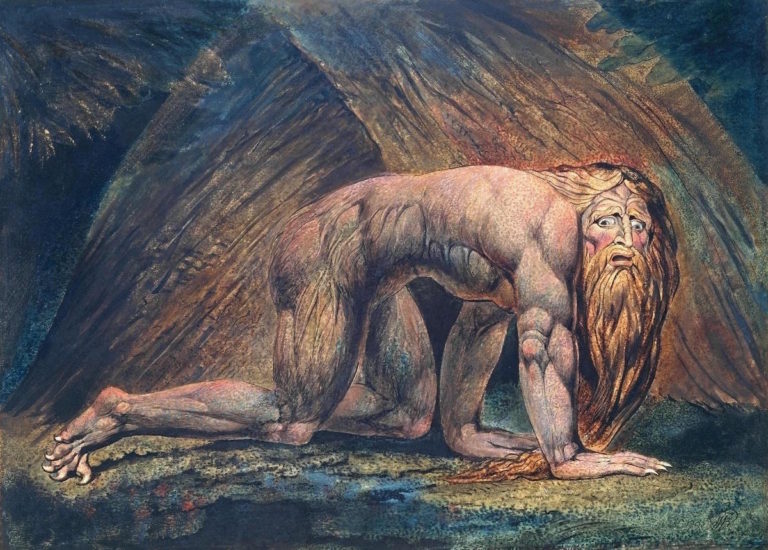 Is man by nature good or evil? Man was created good, yet by his sin brought deep corruption on all mankind, such that now man is by nature evil. He is incurvatus in se, turned in on himself. He is a slave to the passions and desires that rage within him.

Is man by nature good or evil? We’ve seen the modern view. While it rejects the idea of being morally good or evil by nature, it nevertheless treats man as if he were naturally good.

This is not how man was made to be. Man has become corrupt. And this leads up to the Christian view of the question, “Is man by nature good or evil?”

In the beginning God made man in his image and likeness. Man had a native righteousness. Man was perfect in virtue. Man naturally inclined away from himself, toward God and toward his fellow man. In Paradise Lost, John Milton captures this beautifully as he describes day six of creation, the day on which man was created:

There wanted yet the master work, the end
Of all yet done; a creature who, not prone
And brute as other creatures, but endued
With sanctity of reason, might erect
His stature, and upright, with front serene,
Govern the rest, self-knowing, and from thence
Magnanimous to correspond with heaven;
But grateful to acknowledge whence his good
Descends, thither with heart and voice and eyes
Directed in devotion, to adore
And worship God supreme, who made him chief
Of all his works…
Paradise Lost, VII.505-516

Thus in Paradise Lost, when he recounts the day of his creation, Adam tells how he rose from the ground – “rais’d / By quick instinctive motion up I sprung” – and spoke:

Thou sun, said I, fair light,
And thou enlighten’d earth, so fresh and gay,
Ye hills, and dales, ye rivers, woods, and plains,
And ye that live and move, fair creatures, tell,
Tell, if ye saw, how came I thus, how here?
Not of myself; by some great Maker then,
In goodness and in power pre-eminent;
Tell me how may I know him, how adore,
From whom I have that thus I move and live,
And feel that I am happier than I know.
Paradise Lost, VIII.273-282

By nature Adam sought his Creator. Adam also sought one like himself, a fellow human being, a neighbor to love. But among the livestock and the birds of the heavens and the beasts of the field no suitable helper was found. The Lord God caused a deep sleep to fall upon Adam, took a rib from his side and formed a woman, and brought her to the man. “And Adam said, This is now bone of my bones, and flesh of my flesh: she shall be called Woman, because she was taken out of Man” (Gen. 2:23). The man loved the woman as his own life – more than his own life. Together they adored God. Each one loved the other. They were by nature selfless. They were by nature good.

But then man ate from the tree of which the Lord had commanded him not to eat. At the serpent’s goading man sinned, and corruption followed. This corruption is so deep that by nature we can only recognize it superficially. So fallen are we that we are numb to our fall, like a man who has plunged from a great height, and who lying paralyzed on the bedrock feels but a small fraction of his painful injuries. The Scriptures alone reveal the full depravity of our nature.

The Depth of Our Depravity

Do you want to know thyself? Then listen to David cry out in Psalm 51, “Behold, I was shapen in iniquity; and in sin did my mother conceive me” (Ps. 51:5). The prophet Jeremiah declares, “The heart is deceitful above all things, and desperately wicked: who can know it?” (Jer. 17:9). But Jesus gives the clearest description of our perversity: “That which cometh out of the man, that defileth the man. For from within, out of the heart of men, proceed evil thoughts, adulteries, fornications, murders, thefts, covetousness, wickedness, deceit, lasciviousness, an evil eye, blasphemy, pride, foolishness: All these evil things come from within, and defile the man” (Mk. 7:20-23).

Based on these passages of Scripture (and others like them) the Evangelicals confessed at the time of the Reformation:

That not only is original sin (in human nature) such a complete lack of all good in spiritual, divine matters, but also that at the same time it replaces the lost image of God in the human being with a deep-seated, evil, horrible, bottomless, unfathomable, and indescribable corruption of the entire human nature and of all its powers, particularly of the highest, most important powers of the soul, in mind, heart, and will. Ever since the fall, the human being inherits an inborn evil way of doing things, an internal impurity of the heart, and an evil desire and inclination, so that we all by nature inherit such a heart, mind, and way of thinking from Adam. Following its highest powers and in light of reason, this fallen heart is by nature diametrically opposed to God and his highest commandments. Indeed, it is hostile to God, particularly in regard to divine, spiritual matters”
Solid Declaration of the Formula of Concord, Article I, §11

… innocence, that as a veil
Had shadow’d them from knowing ill, was gone,
Just confidence, and native righteousness,
And honour from about them naked left
To guilty shame…
Paradise Lost, IX.1054-1058

… nor only tears
Rain’d at their eyes, but high winds worse within
Began to rise, high passions, anger, hate,
Mistrust, suspicion, discord, and shook sore
Their inward state of mind, calm region once
And full of peace, now toss’d and turbulent:
For understanding rul’d not, and the will
Heard not her lore, both in subjection now
To sensual appetite, who from beneath,
Usurping over sov’reign reason, claim’d
Superior sway…
Paradise Lost, IX.1121-1131

So is man by nature good or evil? Man was created good, yet by his sin brought deep corruption on all mankind, such that now man is by nature evil. Shall we make the child’s instincts and powers the starting point for all education, as John Dewey would have us? That would be like giving an alcoholic a bottle of vodka and expecting he will use it to serve his neighbor, or giving a serial killer a knife and supposing he will whittle toys for children and make an honest living. Man is by nature evil.

Yet this is not the full Christian answer to the question. Continue reading: The Nature of the Student, Part III.

Quotes of Solid Declaration are from The Book of Concord: The Confessions of the Evangelical Lutheran Church, ed. Kolb & Wengert

Scripture quotations are from the King James Version.

Pastor Richard is the Assistant Pastor and Headmaster of Mount Hope Lutheran Church and School. He teaches Religion, History, English, Literature, Poetry, Logic, and Rhetoric to the upper level students. He enjoys studying the biblical and classical languages, writing poetry, and reading great works of literature. Pastor Richard is married and has five children.
All Posts »