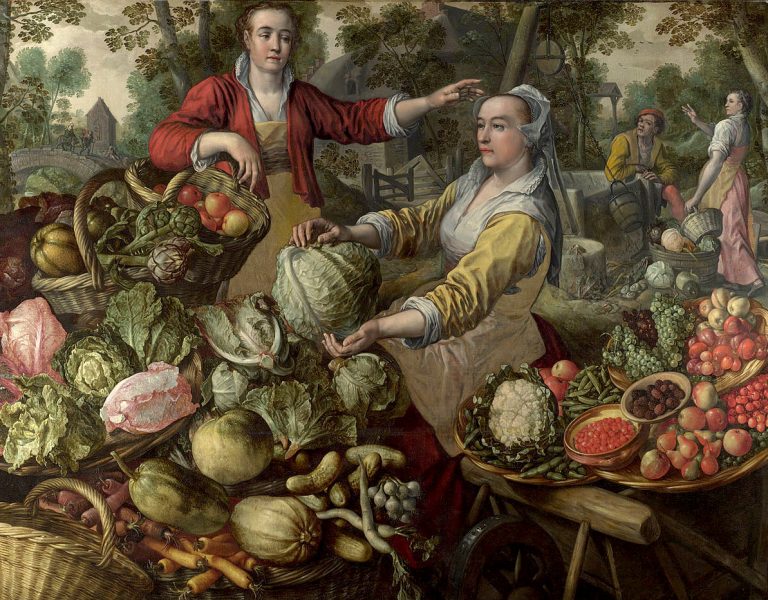 When we hear the word “economics,” it’s easy to imagine men on Wall Street wearing expensive suits, yelling, “Buy!” and “Sell!” Economics generally makes us think of cash flow, businessmen, the IRS, or stimulus packages. Maybe we think of local businesses and exchange of goods and services, which at least gets us closer to home: For home is a necessary part of economics, indeed, the only really necessary part of economics. The very word “economics” comes from two Greek words: oikos, which means “home,” and nomos, which means “custom, ordinance, law.” Put the two words together and you get “home governance.” That’s economy. Government structures and mega-businesses can collapse, New York City and Silicon Valley could implode, but as long as there’s a husband and wife in their home, economy remains.

Society generally scorns women who stay at home, as if they’re free-loaders or a burden to the rest of the population. Society derogatorily calls them “stay-at-home moms,” as if they sit around and do nothing. It would be better to call such women “homemakers.” They are the great economists. Consider, who is better at economics: the businessman on Wall Street who knows when to buy and sell, but spends $15 on a single turkey sandwich to feed no mouth other than his own, or a mother who takes leftovers from Thanksgiving dinner and stretches it to feed herself, her husband, her children, and her needy neighbors for a week? One of these is an economist and the other is not worthy of the name.

Societal pressure demands that we make our daughters get out and do something with their lives, but refuses to mention the high callings of wife and mother. Our current culture (if it can even be called one) would destroy womanhood entirely and turn women into men. God save us from feminists who are ashamed of true femininity!

Against our modern society stands the Word of God. The Apostle Paul tells Pastor Titus how he should instruct various people in his congregation:

“But as for you, teach what accords with sound doctrine… Older women likewise are to be reverent in behavior, not slanderers or slaves to much wine. They are to teach what is good, and so train the young women to love their husbands and children, to be self-controlled, pure, working at home, kind, and submissive to their own husbands, that the word of God may not be reviled.” (Titus 2:1, 3-5)

It accords with sound doctrine and prevents God’s Word being reviled when, among other things, mothers work at home. Does this mean that mothers don’t have any dealing with the outside world? Of course not! Proverbs 31 describes the “excellent wife” purchasing wool and flax, buying a field, planting a vineyard, and selling her profitable merchandise through a merchant. “She opens her hand to the poor and reaches out her hands to the needy.” She is certainly out and about. But she is characterized as a homemaker. She “provides food for her household” and “looks well to the ways of her household.” And it is by focusing on her home that she is the true economist. It is only when woman characterizes herself by her job and not her home that the economy collapses. But while she characterizes herself by her home, woman creates more good things, feeds more mouths, cares better for children, and helps more needy than any so-called “economist” or government program ever could.

At Mount Hope, we teach girls to embrace womanhood. Let me be clear as to what this means: we don’t condemn women who have jobs, nor do we discourage girls from ever getting a job. Rather, teaching girls to embrace womanhood means that we uphold motherhood and homemaking. We direct girls to that realm of life in which they’re going to be happiest according to God’s design. We teach that “girl power” means managing a household well. In short, we teach girls to be the sort of economists—the true economists—that the family, the Church, and the world need.

Pastor Richard is the Assistant Pastor and Headmaster of Mount Hope Lutheran Church and School. He teaches Religion, History, English, Literature, Poetry, Logic, and Rhetoric to the upper level students. He enjoys studying the biblical and classical languages, writing poetry, and reading great works of literature. Pastor Richard is married and has five children.
All Posts »
PrevPreviousThe Power of Habit
NextJoseph’s EducationNext