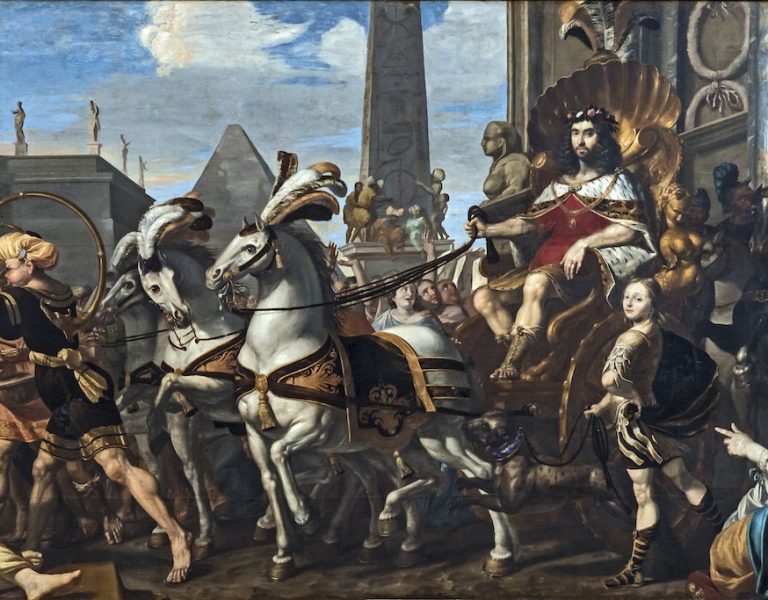 Having the wisdom and favor of the Lord is worth more than all skills, all academic degrees, all worldly knowledge. Seek to educate children as Christians...

From Genesis 37-50 we become rather intimately acquainted with Joseph the son of Jacob. We hear of his birth in Genesis 30:22-24, but don’t learn much about his upbringing. We have many acts of Jacob recorded, the acts of a pious man, of whose deeds Joseph was a witness. We have one of Jacob’s brief sermons recorded in Genesis 35:2-3, “So Jacob said to his household and to all who were with him, ‘Put away the foreign gods that are among you and purify yourselves and change your garments. Then let us arise and go up to Bethel, so that I may make there an altar to the God who answers me in the day of my distress and has been with me wherever I have gone.’” All we can really say is that Joseph was raised as a Christian, hearing his father teach God’s Word and seeing his father conduct himself in a godly way.

Joseph is 17 years old when we really become acquainted with him, and he’s 110 years old when we hear of his death in the last verse of Genesis. His education, whatever it was, prepared him well for these 94 years we have recorded for us in Genesis 37-50.

At first we know Joseph as a shepherd. Then his envious brothers sell him as a slave to Egypt, where a man named Potiphar buys him. Joseph would have been familiar with the ins and outs of how a household runs. Yet he was never in complete charge of a household before, let alone a large household belonging to a royal official, full of rooms and servants, more on the scale of a small city than a house. Joseph did not have an Associate’s Degree in Home Economics. Nevertheless, we read:

After this, Poitphar’s wife made false accusations against Joseph, and Joseph landed in prison. Joseph did not sit around moping, but put his hands to work in service of those around him. He was a Christian with a new set of neighbors to love and to serve, and love and serve them he did. It’s hardly necessary to point out that Joseph did not have a Bachelor of Science in Prison Management or Criminal Justice.

While in prison, and with the help of the Lord, Joseph interpreted the dreams of two prisoners. When Pharaoh later had disturbing dreams, which no one could interpret, he heard about Joseph and called him in to tell his dreams as well. Joseph was able to interpret the dreams, and Pharaoh’s first thought was to elevate Joseph to a lofty position in government. Again, Joseph did not have a Master’s Degree in Political Science or Social Work. But Pharaoh didn’t care. He said to Joseph,

“Since God has shown you all this, there is none so discerning and wise as you are. You shall be over my house, and all my people shall order themselves as you command. Only as regards the throne will I be greater than you.” (Gen. 41:39-40)

And the rest is history. Now what should we learn from this? I’d like to make two points.

First, make all aspirations for children secondary to making them Christians. Joseph had the favor of the Lord. He had gained the wisdom of God’s Word. Whatever success he had, he had from the Lord; the Bible is clear on that point. Having the wisdom and favor of the Lord is worth more than all skills, all academic degrees, all worldly knowledge. Seek to educate children as Christians, as Paul admonishes parents, “Fathers, do not provoke your children to anger, but bring them up in the discipline and instruction of the Lord” (Eph. 6:4). Joseph is living proof of Matthew 6:33, “But seek first the kingdom of God and his righteousness, and all these things will be added to you.”

Second, from the story of Joseph we learn that specialized educational training is not what makes someone good at what he does. What did Joseph have that made him a good shepherd, a good household manager, a good prison warden, and a good governor of a country? The Greeks called it ἀρετή (ah-reh-TAY), which is variously translated as virtue, excellence, or goodness. Such a characteristic comes from a good general education. Through the course of history it has taken on the name of “liberal arts education”: an education preoccupied with objective truth, goodness, and beauty, with the best literature, with orderly numbers, with teaching the mind to think well. Certainly some will go on to become specialists in a field; God grant them success and grant that their specialized knowledge remain in touch with the whole wisdom and counsel of God. Yet for many, a liberal arts education that inculcates ἀρετή is sufficient. Indeed, it is more than sufficient. It makes one fit to be a king.

Pastor Richard is the Assistant Pastor and Headmaster of Mount Hope Lutheran Church and School. He teaches Religion, History, English, Literature, Poetry, Logic, and Rhetoric to the upper level students. He enjoys studying the biblical and classical languages, writing poetry, and reading great works of literature. Pastor Richard is married and has five children.
All Posts »
PrevPreviousEconomics
NextSpringtime and the ResurrectionNext