How Seriously the Spartans Took Music 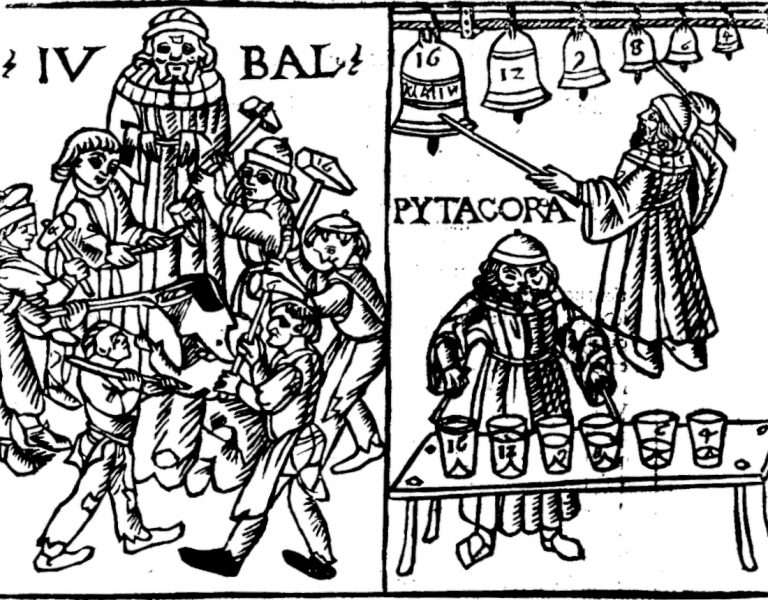 “the introduction of a new kind of music must be shunned as imperilling the whole state; since styles of music are never disturbed without affecting the most important political institutions”

When we think of music, we tend to think in terms of preferences: what do I like or what don’t I like? We don’t often think in objective terms: what is this particular music doing to me, whether I like it or not? In the ancient world, it would have been unthinkable to ignore this question about the objective effect of music.

In Plato’s Republic, Socrates and others discuss the ideal state, and they spend quite some time talking about music. They say, “the introduction of a new kind of music must be shunned as imperilling the whole state; since styles of music are never disturbed without affecting the most important political institutions,” and that through changing good music, “lawlessness easily creeps in unawares.” Music comes “in the guise of amusement, and professing to do no mischief,” but then “it quietly insinuates itself into manners and customs; and from these it issues in greater force, and makes its way into mutual compacts: and from compacts it goes on to attack laws and constitutions, displaying the utmost impudence, Socrates, until it ends by overturning everything, both in public and in private.”

There are a couple of particularly interesting musical anecdotes from the city of Sparta. On one occasion, they spent a fortune to hire a good musician to teach their children music. On another occasion, they exiled a man who dared to change their city’s music. Read for yourself:

“The Lacedaemonians [i.e., Spartans] took great care to preserve this type of music [modest, simple, masculine] when they hired, at great expense to themselves, the Cretan, Thaletas of Gortyn, who trained their sons in the art and discipline of music. In fact, this was a custom among ancient people that was observed for a considerable length of time. Thus when Timotheus of Melesia added a string to those which were already established and made the music more complex, the Lacedaemonians expelled him from their city with an official decree. I have inserted this decree here…:

“’Since Timotheus of Milesia, coming into our ancient city, forsaking the character of the city, cast aspersions on the seven-stringed kithara, and, introducing a modulation of many strings, ruined the hearing of youths; and he abused our own way, having been simple and orderly; for he begot many strings and a new type of modulation, consisting of the chromatic genus which is more effeminate, creating a great revolutionary division on behalf of the enharmonic genus; thus he was called into the Eleusian Assembly which publicly pronounced him a disgrace to his mother because of his division; for dogma did not teach the new strings he created: because of such reasons the rulers and orators reproached Timotheus. And moreover, having abandoned the seven-stringed kithara, he added an eleventh string, thus promulgating excesses. One grave citizen, upon seeing this, feared to disclose anything of such inharmonious extensions in Sparta, lest perchance it alarm a great controversy.’”

What? Can you imagine such a decree being published by a city, using technical music terms and expecting the citizens to understand the danger that this musician posed to their society? We might think the Spartans were being a little excessive. “A guy adds a string to an instrument and you exile him?”

But they would look at us with questions of their own: “One minute you listen to sixteenth century hymns played on organ and sung in harmony, the next you listen to modern music with its electronic, distorted instrumentation and incessant backbeat, and then you wonder why you feel so unstable? You hear the same music in grocery stores, drug stores, hardware stores, fast food chains, coffee shops, restaurants, doctors’ offices, and bars, and you don’t stop to wonder what your city’s music is doing to you? You let your children touch the radio dial and have control over music streaming instead of curating the music that goes into their ears?”

“Hey, back off!” we might say. But I suppose if we can question the obsessive concern of the ancients about music, they have a right to question our lack of concern. The simple fact is, different music does different things to us, whether we like it or not. There, at least, the ancients were spot on.

At Mount Hope, the teachers have subscriptions to Spotify, and we’re constantly exchanging albums and playlists of music that fosters wholesome delight, appreciation for beauty, and, I daresay, noble aspirations. This school year we’ve listened to Bach cantatas, concertos by Mozart, Haydn, and Vivaldi, along with various symphonies and works of sacred music. We were recently listening to the Christmas music of Michael Praetorius. Miss Hahn just sent out a couple albums of hymn chorales. And on top of that (and more importantly), we join our voices daily in chapel and end each week with a hymn sing. Carefully curated music is part of the culture of the school, and indeed shapes the culture of the school. The music we listen to does something to us whether we like it or not, so we strive to ensure that it will do something good.

Quotes from Plato’s Republic, 4.424; translated by John Llewelyn Davies.
Quote from On the Principle of Music by Boethius, Book I, ch. 1; translated by Calvin Bower

Pastor Richard is the Assistant Pastor and Headmaster of Mount Hope Lutheran Church and School. He teaches Religion, History, English, Literature, Poetry, Logic, and Rhetoric to the upper level students. He enjoys studying the biblical and classical languages, writing poetry, and reading great works of literature. Pastor Richard is married and has five children.
All Posts »
PrevPreviousMichael Praetorius on Church Music