Springtime and the Resurrection 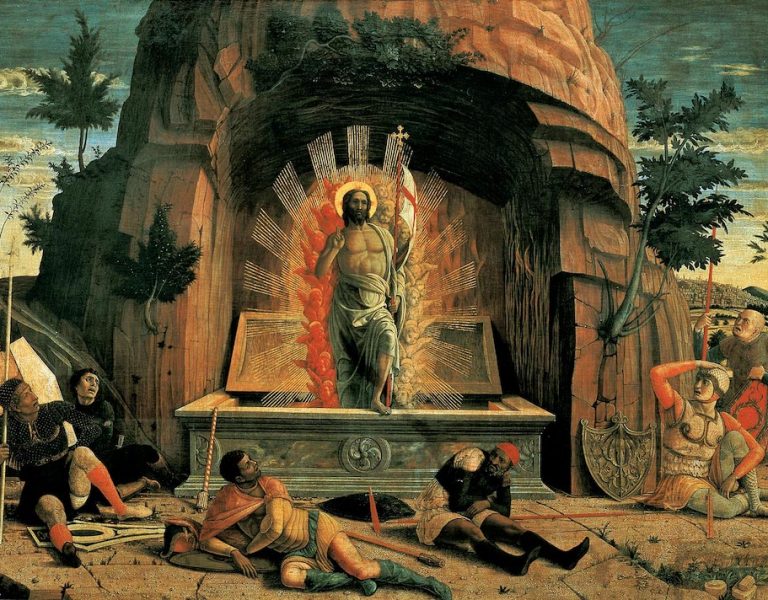 ’Tis the spring of souls today: Christ has burst His prison And from three days’ sleep in death As a sun has risen

The Church has long recognized the relation between the coming of spring and the resurrection of our Lord. During Holy Week, as Jesus heads toward His death, we see the natural world showing signs of life. It’s an annual picture of how Christ traded His life for ours. And then the day of resurrection comes, and the world is turning green and flowers are peeking out and the days are getting longer.

The sun in particular is a great image of Jesus. Psalm 19 teaches us this: “In them [the heavens] he has set a tent for the sun, which comes out like a bridegroom leaving his chamber, and, like a strong man, runs its course with joy. Its rising is from the end of the heavens, and its circuit to the end of them, and there is nothing hidden from its heat” (Ps. 19:4-6).

Jesus is that Bridegroom, that Sun, who ran His course with joy: “I came from the Father and have come into the world, and now I am leaving the world and going to the Father” (Jn. 16:28). The Evangelist Mark is not simply making a time reference when he records, “And very early on the first day of the week, when the sun had risen, they went to the tomb” (Mk. 16:2). The sun had dawned on a new week: a week that left sin and death in the past and would forever be characterized by the life of Christ. Jesus had run His course: descending from heaven in His incarnation, sinking below earth’s horizon in His death, and emerging again victorious from the grave to ascend to His Father in heaven.

The hymn Come, You Faithful Raise the Strain captures well the image of Christ as the sun rising in spring:

’Tis the spring of souls today:
Christ has burst His prison
And from three days’ sleep in death
As a sun has risen;
All the winter of our sins,
Long and dark, is flying
From His light, to whom is giv’n
Laud and praise undying”
(LSB, 487:2)

All the fair beauty of earth
From the death of the winter arising!
Ev’ry good gift of the year
Now with its master returns:
Hail thee, festival day!
Blest day to be hallowed forever;
Day when our Lord was raised,
Breaking the kingdom of death.
(LSB, 489:1)

So breaks the sun earth’s rugged chains,
Wherein rude winter bound her veins;
So grows both stream and source of price,
That lately fettered were with ice.
So naked trees get crisped heads,
And colored coats the roughest meads,
And all get vigor, youth, and sprite,
That are but looked on by his light.

I’m sure there are many more instances of poetic connections between springtime and the resurrection of our Lord. Let these examples suffice, and when you see life returning to earth during the Easter season, think how Christ has given us new life by His resurrection. When you see flowers peeking out from the formerly cold, dead ground, think how Jesus will call you forth on the Last Day, the Day of Resurrection. Alleluia! Christ is risen!

Pastor Richard is the Assistant Pastor and Headmaster of Mount Hope Lutheran Church and School. He teaches Religion, History, English, Literature, Poetry, Logic, and Rhetoric to the upper level students. He enjoys studying the biblical and classical languages, writing poetry, and reading great works of literature. Pastor Richard is married and has five children.
All Posts »
PrevPreviousJoseph’s Education
NextStaffing for 2021-2022 School YearNext